As we are navigating through this year’s Pride Month, we decided to tackle one of the hottest topics, one that would make any institution sweat, that is, LGBTQIA+ inclusion on the university campus. It took me a while to decide on how to write this blog post. The initial thought was to argue on the academic curriculum, yet all most available sources were studies and reports focused on the US and the UK. As I was browsing through various sources struggling to read more on queer students' experiences in the Netherlands, I have reached the conclusion to offer my personal experiences as a queer student in Groningen…but first, what is heteronormativity and how does it reflect in our University campus?

What does Heteronormativity mean?

Heteronormativity (or heterosexism) is “the assumption of the inherent superiority of heterosexuality, an obliviousness to the lives and experiences of queer people, and the presumption that everyone is, or should be, heterosexual”. Based on the ideology of heteronormativity, a "compulsory heterosexuality" is created as a systematic set of institutional and cultural arrangements, which exists to reward and privilege people for being or appearing to be heterosexual while establishing potential punishments or lack of privilege for being or appearing to be lesbian, gay, bisexual, or transgendered. Just as racism, sexism, and other ideologies of oppression, heterosexism is manifested both in societal customs and institutions and in individual attitudes and behaviors (Rankin, 30). This translates into a university campus and programs' curricula reflecting almost exclusively heterosexual/heteronormative needs.

Working Towards an Inclusive Campus and Classroom Environment

Last year, I completed my Minor at the University of Groningen in Gender and Diversity in Science, Society and Culture, where I was faced with a much more welcoming attitude than in any of my previous courses. With this, I do not mean to say that the rest of my classes were hostile, but the lecturers of the Minor took the first step in making every student feel comfortable and included in the classroom. For instance, the attendance sheet did not simply ask you to fill in your legal name and signature, but also your preferred name and pronouns, which was thoughtful to the regard of those, who like me, do not associate with their gendered birth names.

Here are a  few examples of how to deconstruct heteronormativity in universities and create a friendly LGBTQIA+ environment on campus.

1. Training students, staff members, and administrators. The university is a melting pot of people with different cultures, backgrounds, and upbringings. Some students, professors, and staff members have probably been raised and still live in a heteronormative way, ignoring, whether actively or passively, the obstacles the LGBTQIA+ community deals with every day. Another way of saying this is that many people orbiting around campus are uneducated about LGBTQIA+ history, lives, issues, and culture. The straightforward way to turn this around is an open discourse, which translates into training for students, and faculty members (lecturers, professors, administrators, etc.). Training should be available to everyone –and in certain cases mandatory- to offer guidance regarding the respectful language and strategies to ensure full inclusion for everyone. The aim of this training would be transitioning to a respectful, inclusive, and safe environment for LGBTQIA+ community members.

2. Make facilities available for LBTQIA+ students. This includes safe housing, restrooms, resource centers, etc. Even though The Netherlands is ranked as one of the most LGBTQIA+ friendly countries in the world, it does not mean that queer students will automatically find comfort within its universities. It is important, for instance, that the university’s psychologists are trained to offer comprehensive support to LGBTQIA+ students. Students would also benefit from the university protection in case of display of homophobic, transphobic, and generally aggressive and intimidating behavior towards LGBTQIA+ students if it should occur. Gender-inclusive or gender-neutral restrooms are also at the core of LGBTQIA+ inclusion on university campuses. Plenty of universities do not care about restrooms when it comes to inclusion, and, let’s be honest, those who try, do not often do an excellent job about it. Here below, I put together some examples of common gender-inclusive/neutral restroom signage. Figures 1 and 2 offer a horrible example. Figure 1 almost seems to suggest that infancy and disability are also a gender…, while Figure 2 is still based on the binary (half-man half-woman; blue-pink, and no, the purple does not really indicate gender neutrality). There are also plenty of debates on what would be the most inclusive solution. Figures 3 and 4, in my opinion, represent the most ungendered and neutral options. After all, a restroom is simply a restroom! 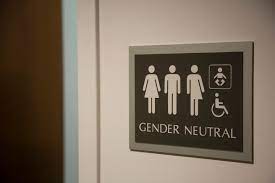 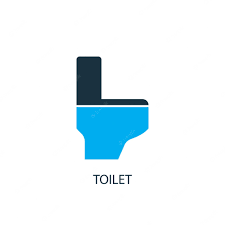 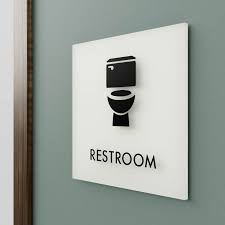 3. Queering the curriculum. Classrooms are still heteronormative, and so are programs curricula in the majority of the cases. Therefore, queering the curricula is of vital importance as decolonizing it. Programs should develop a policy of openly discussing queer subjects and properly address them as such, not only for the sake of including the program’s development but also for the original aim of educating students. For instance, in my English Literature BA, I would have preferred to see more gender theories combined with the study of literature. It is hard in general to queer a program’s curriculum depending on the nature of that program; however, open discussion and mentioning of queer theories, academics, and culture, is a valid starting point.

4. Classroom behavior and lecturers’ attitude. While a lecturer is to be held accountable if they exhibit problematic behavior toward LGBTQIA+ students, their behaviors often stem from a widely-accepted institutional culture & norms. However, LGBTQIA+  inclusion focus training should be able to overcome this issue and call for a respectful in-class attitude. This should primarily come from the lecturer who is to set ground-rule for respectful speech acts. I have seen this put into practice only once in the four years I have studied in Groningen, where the lecturer openly stated that debate was accepted and welcomed within the limits of mutual respect, acceptance of the others’ backgrounds, and gender. What I often see is a more passive attitude from the lecturer, who would not take the first step of asking their students for their preferred names or pronouns, and keep addressing them wrongfully, whether for negligence or purposely as happened to me. It is the lecturer’s task to come forward with an inclusive set of rules for their classroom in order to avoid anxious and awkward moments in which an LGBTQIA+ student has to come forward without knowing whether they will be accepted, rejected, or worse, targeted for their gender and/or sexual orientation.

LGBTQIA+ people are already present on campus as students, faculty, administrators, and staff, and it is of crucial importance for them to feel actively included. By “actively”, I mean ensuring that queer people are not used as an instrument of publicity to promote a “queer-friendly” university, which might be “friendly” only at the surface. Someone’s mere existence within an organization does not mean that they are able to function as adequately within it as their heterosexual and cisgender counterparts.

Francis is SCDAI’s blog coordinator and copywriter. They are a 24-year-old queer student at the University of Groningen, who combines their BA in English Literature with an LLB in International and European Law. Their BA thesis and research focus on linking gender theories with literature. Throughout the past years, they have been engaged in advocating for international students and underrepresented minorities at the university.